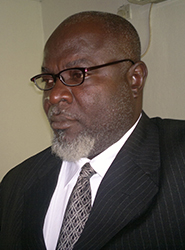 I have a PhD in Religious Studies with a specialization in Philosophy of Religion. I am a Professor of Religious Studies in the Department of Religions and Peace Studies, Lagos State University, Nigeria, where I teach African Traditional Religion, Sociology of Religion, New Religious Movements and African Christian Theology. My publications include: “Uniting a Divided nation? Nigeria Muslim and Christian Responses to the Same Sex Marriage Prohibition Act” in Adriaan Van Klinken and Ezra, Chitando 2016, Public Religion and the Politics of Homosexuality in Africa, New York: Routledge, “African Religious Movements and Pentecostalism: The Model of Ijo Orunmila, ATO”, in Aderibigbe I.S. and Medine C.M.(ed), 2015 Contemporary Perspectives on Religion in Africa and The African Diaspora, New York: Palgrave Macmillan, “Religion, Leadership and Struggle for Power in Nigeria: A case study of The 2011 Presidential Election in Nigeria”, in SHE-Studia Historiae Ecclesiasticae,Journal of Church History University of South Africa(UNISA) Vol.41, No.2, I have served as the General Secretary of the Nigerian Association for the Study of Religion (NASR). I was the Regional Representative for West Africa for the African Association for the Study of Religion (AASR). I have been a member of the Steering Committee of the African Religions Unit (2006-2012) and Indigenous Religious Traditions Unit (2015-till date) of the American Academy of Religion (AAR).