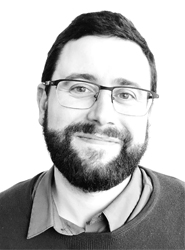 Andrea Rota (Ph.D., University of Fribourg, Switzerland; Habil., University of Bern) is Assistant Professor at the Institute for the Science of Religion and director of the doctoral program “Global Studies” at the University of Bern. Previously, he held research and teaching positions at the Universities of Bayreuth, Fribourg, Zurich, and Bern. His main research interests are the public presence of religion (with particular attention to public schools), the use of media technologies in religious contexts, theories of collective action applied to religious communities, and the entangled relationships between religious and academic discourses and institutions during the “Long Sixties.” His teaching focuses on method and theory in the study of religion and on new religious movements in local and global perspectives. Recent publications include La religion à l’école (2017), A Matter of Perspective? (2016, ed. with Till Mostowlansky), and The Dynamics of Religion, Media, and Community (2019, ed. with Oliver Krüger). Institutional website.