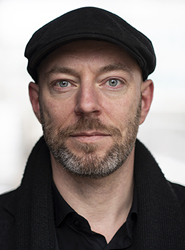 I am a professor in the study of Religions at Södertörn University in Stockholm, Sweden. I received my doctoral degree in History of Religions from Uppsala University (2003) and have since published widely within the fields of Islamic and Romani studies. My academic interests include secularization and religious change, religion among Romani people, Iranian and Shi´ite studies, Pentecostal studies, ritual and postcolonial theory. I am the author of the monographs Living Shi´ism (Brill 2006), Faith and revivalism in a Nordic Romani Community (I.B. Tauris 2013) and The godless people: the post-Christian swedes and religion (Molin & Sorgenfrei 2015). I have a wide interest for international scholarly collaborations, particularly with Middle Eastern countries. Together with a group of Arab scholars I co-authored the UNESCO guidebook for history textbook authors writing on Europe and the Arabo-Islamic world (UNESCO/ISESCO 2011). I am a board member of the Swedish research institute in Istanbul and in 2015 I organized a symposium about religion and jurisprudence bringing together scholars from Europe and Iraq. I am also the sitting president of the Swedish association for the history of religions (SSRF).